J-Dub and SVG do the Darwin double

Jamie Whincup continues collecting Supercars podiums, while Shane van Gisbergen salvages something from a tough weekend in the Top End.

Finishing second sucks at any time, but what if it was the best you could have done? That was Jamie Whincup’s mindset after the dust settled on a frantic Supercars weekend in Darwin, where the Red Bull Holden Racing Team star bagged another podium to add to his burgeoning 2017 collection but was no match for Ford flyer Scott McLaughlin in the second race of the meeting in the Top End.

From second on the grid, J-Dub raced Sunday’s start and was well ahead of pole-sitter McLaughlin before the first corner, and while he led for the first stint of the race, there was always a strong chance the DJR Team Penske driver had the stronger package beneath him. And so it proved, McLaughlin making his tyres last better in the final stint of the race to finish two seconds ahead of Whincup after 70 laps of Hidden Valley. 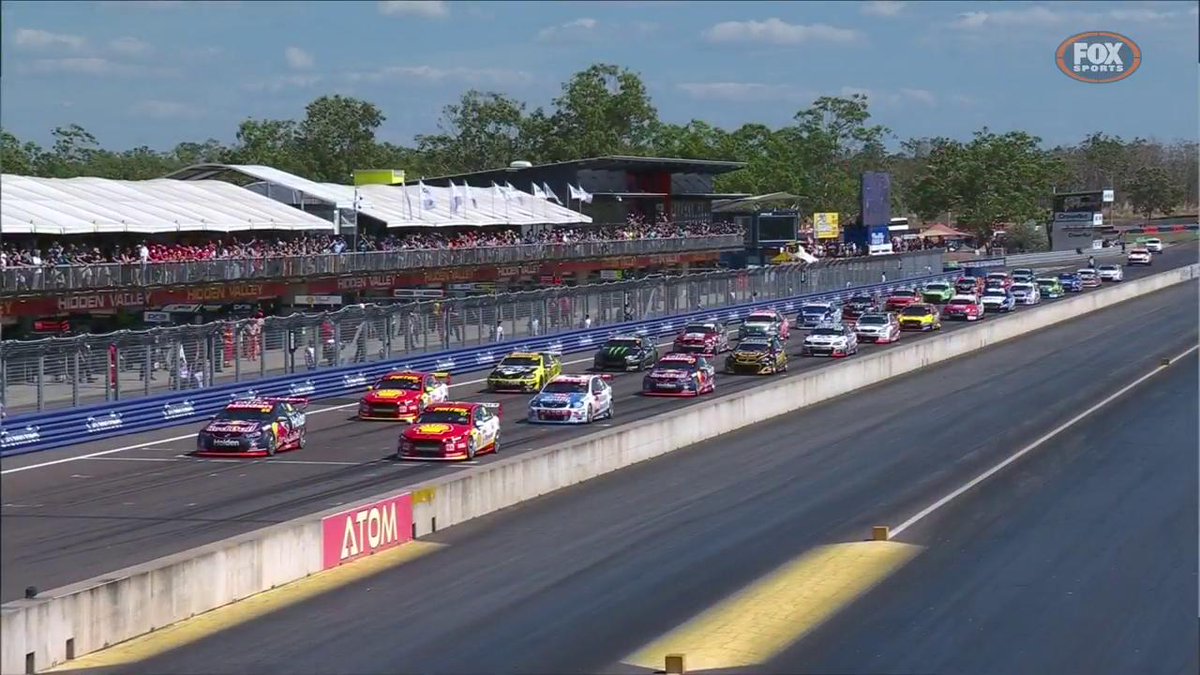 Sunday’s race wasn’t one for the unprepared – the air temperature was 34 degrees and the track a sizzling 44 when the lights went out – and a sweaty Whincup was much more content with finishing second than he was last time out at Winton, when he openly lamented the lack of a win so far in 2017.

“We went into the race and gave it everything we had, we absolutely made the most of it,” Whincup said.

“I’m always a big believer that the fastest car should win, and it did this weekend. We were the second-quickest car and we maximised points … ultimately it was just pace that dropped us back behind Scott. The other car took on a little bit more petrol and then closed that gap, so he was easily going to jump us at the end there. We were never beating car 17 – they were the fastest, and fast cars win races.”

McLaughlin’s success made it a remarkable 11 wins for New Zealand-born drivers in the 12 races this season, but Whincup’s eighth podium of the year (five of them second places) saw him leave Darwin in third overall in the title chase, 16 points adrift of McLaughlin’s teammate and (of course) another Kiwi in Fabian Coulthard. J-Dub raced to fourth from a lowly ninth on the grid in Saturday’s shorter 42-lap contest, meaning he’s now finished fourth or better in five of the past six races.

RBHRT’s own Kiwi race-winner, Shane van Gisbergen, salvaged something out of a difficult weekend when he followed Whincup home in third on Sunday, albeit 23 seconds behind race-winner McLaughlin. It was a strong result on what was a difficult weekend for SVG, one where he and the team never really got to the bottom of a litany of problems that made the number 97 Commodore, in his own words, “horrible” to drive.

Third and a hefty haul of points made up – to some degree at least – for a wretched Saturday in the Top End for SVG, where he had his first non-finish of the season after a late-race clash with Jason Bright and Garth Tander that broke car 97’s steering and saw him limp to the inside of the circuit and park three laps from the end. 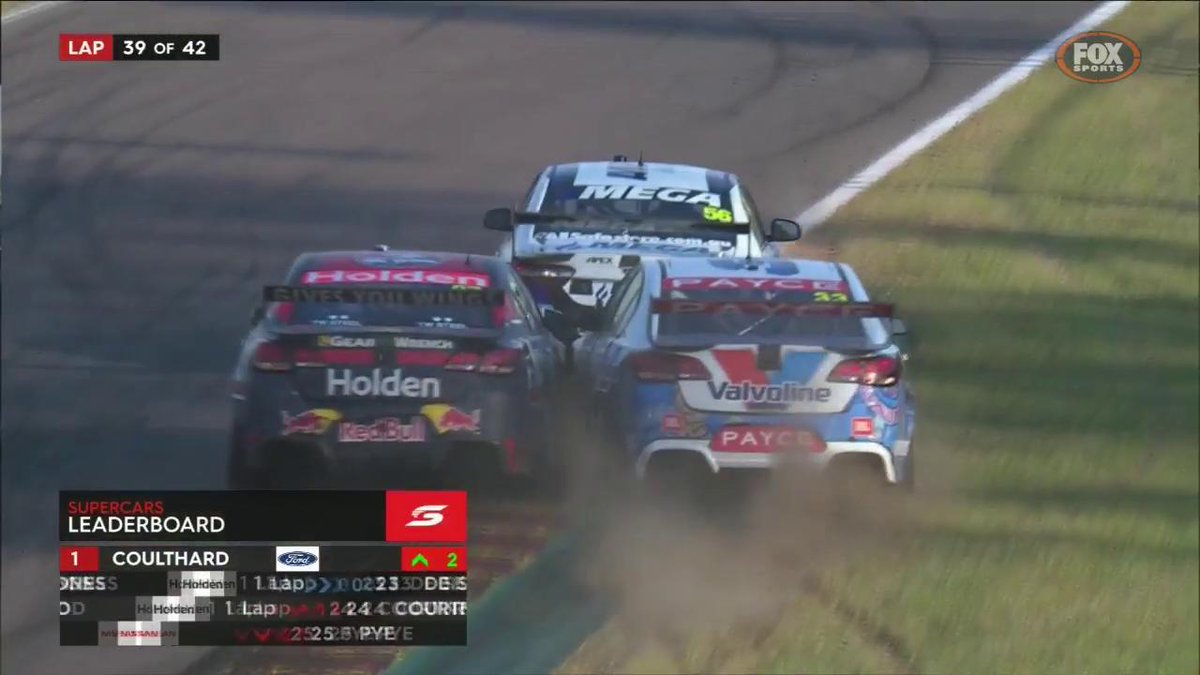 Things had gone awry long before that though; from fifth on the grid, SVG was leading just before his mandatory pit stop when he suffered a right-rear puncture and had to crawl almost the entire length of the circuit back to the pits before it could be changed.

In the wash-up, the defending series champ left Darwin with a mountain of work to do – he’s now 178 points behind Coulthard in fourth overall – but was buoyed by how hard the team worked to get something out of a tricky weekend, and was optimistic the tide will turn soon.

“(The car) was mechanically sound, but still we have some issues there that we have been chasing all weekend,” he said afterwards.

“In the race we had the same issues and no traction also. The car was still fast, but again, horrible to drive, so to salvage a third was great. We had a really good battle at the end there, we had a five-car chain that we were holding out and it was pretty exciting racing.”

SVG has won four of the 12 races this year (equal with McLaughlin), so speed isn’t an issue – but knows tapping into that pace more regularly has to be the aim from here.

“We have a lot of work to do to improve, but I’m so happy with how our guys worked this weekend,” he said.

“They’ve never given up and they’re always chasing problems and working so hard.”

For the third member of the Triple Eight trio, Team Vortex’s Craig Lowndes, Darwin just got better and better the longer the weekend went. ‘Lowndesy’ raced from 18th on the grid to seventh on Saturday, and went one better on Sunday, finishing sixth after finally unlocking some pace in qualifying to make the shootout and start ninth, his best qualifying effort since Race 7 at Barbagallo last month.

Finishing within two seconds of the podium on Sunday and moving up one spot to seventh in the championship showed things are definitely moving in the right direction for the series veteran.

For the Supercars series itself, the next moves will come in Townsville from July 7-9, where J-Dub and SVG took one win apiece 12 months ago. A repeat of that in a few weeks? After a Darwin weekend that never threatened to hit the heights of Winton before it, you’d reckon they’d both sign up for that right now.